The Challenge: For many manufacturers, each step at the end-of-the-line often has some sort of manual component and multiple people involved, creating challenges with efficiency and productivity. This level of human interaction frequently leads to errors when printing and applying pallet labels, which in turn causes inventory inaccuracies. 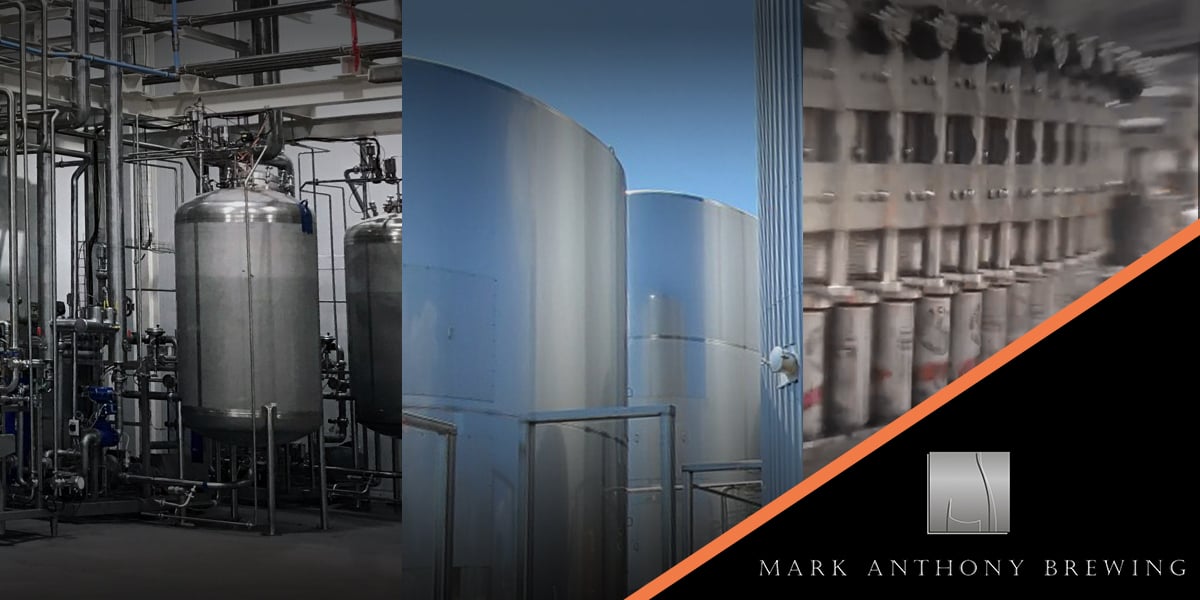 After sales for White Claw hard seltzer quadrupled in 2019, Mark Anthony Brewing wanted to scale production while simultaneously optimizing operational efficiency. Therefore, the company decided to expand its Hillside, New Jersey operation so it could produce more than 3,500 pallets of hard seltzer per day. Being a progressive early adopter of technology, Mark Anthony Brewing simultaneously decided to innovate on its end-of-line process during this expansion. To do this, they selected Cybertrol Engineering to design a comprehensive end-of-line packaging system using its PalletWorks platform.

Collaboration Throughout the Design Process

Additionally, since one of the key differentiators of the PalletWorks platform is the software’s ability to communicate directly with the ERP system, the ERP vendor, QAD, needed to be heavily involved in the system design process with Cybertrol as well. Because there is no room for error when it comes to exchanging information with ERP, and timing is critical, there were a lot of nuances for Cybertrol and QAD to discuss. One of the biggest decisions that needed to be made during this process involved determining where the pallet IDs would be generated. There were two options – generating the IDs at the end of the line with PalletWorks and sending the information to the ERP or generating the IDs in the ERP and having PalletWorks request the IDs.

Another important set of stakeholders we needed to collaborate with during the design of this solution were the OEMs for the conveyors, palletizers, and stretch wrappers. To support PalletWorks’ exception handling capabilities, we integrated with the control systems for this equipment. For example, if the palletizer is in an alarm state, or a conveyor is down, how should PalletWorks respond? This integration also enables greater accuracy, such as getting case counts for each pallet directly from the palletizer.

During the design phase, we also needed to facilitate conversations between Mark Anthony Brewing and the distributor to work out the following logistical items for the end-of-line system:

After about a month of this collaborative design process, we were ready to start development, which was initially performed in a sandboxed environment. This approach allowed for testing and refinement of the solution, including transactions between PalletWorks and the QAD ERP system. After successfully completing a factory acceptance test (FAT), we were ready to deploy the solution to the live production system.

Customization and Quick Problem-Solving During Implementation

End-of-line packaging tasks are physical processes involving a lot of material movement, making it difficult to test everything ahead of time. Therefore, once we started the PalletWorks installation on the plant floor, we ran into several challenges that needed to be addressed with quick onsite adaptations.

One of the first items we had to troubleshoot quickly involved the location of the PalletWorks HMI. Initially, before coming onsite, we decided the PalletWorks interface would be added to the existing palletizer HMI. However, once installed, it was apparent that this location was problematic because the HMI was only accessible by walking around the entire line and going up a flight of stairs, out of the line-of-sight for the end of the line. Therefore, forklift drivers and operators could not readily monitor line status or make adjustments.

Since it was not practical to use this HMI, and we also realized we needed a location for back-up tabletop printers, we quickly added three additional HMI terminals – one at the end of each line. With this setup, forklift drivers and operators can quickly view and fix errors showing in PalletWorks. They can also reprint labels locally if an automated printer is jammed or out of labels. If an automated applicator is offline, labels will automatically print to the local tabletop printer. These changes mean the label printing process stays mostly automated, even when labeling equipment is in an error state.

In addition to incorporating PalletWorks into the logic for the palletizer itself, PalletWorks also communicates with the equipment for the balance of the line, including the fillers, stretch wrappers, and conveyors. By interfacing at the controls layer, PalletWorks communicates with equipment upstream to address issues that will impact the packaging process. For example, if the label applicator on Line 1 is offline, PalletWorks can reroute product to Line 2. Or, if the product type changes at the filler, a different order needs to be selected by the time that product reaches the label applicator. This helps keep production going and can prevent additional problems when exceptions occur.

We also added a supervisory overview screen to the HMI that allows supervisors to easily see the status of the line and incorporated PalletWorks alarms into their existing HMI’s alarm platform to maximize visibility of problems and maintain existing alarming standards. To prevent manual changes that can affect inventory accuracy when an error does occur, we added a feature to PalletWorks that only lets supervisors bypass pallets, which was a common “fix” we saw operators using to clear errors during the design phase. This holds supervisors accountable for inventory accuracy. Therefore, if an issue does arise, the problem needs to be resolved instead of performing an easy “fix” such as bypassing a pallet.

Once we connected PalletWorks and QAD, a problem at the beginning of the production line was exposed. We saw that operators were not consistently scanning in the cans at the beginning of the line, so at the end of the line it was showing that there was not enough material (cans) available to create a pallet, even though the pallet was already complete and sitting at the end of the line. This meant QAD would not let PalletWorks record the complete pallet because it did not think a pallet could have been created. This was leading to inventory issues both on the frontend regarding the availability of raw materials and at the end of the line with inventory accuracy.

The PalletWorks implementation also helped Mark Anthony Brewing and their distributor identify some additional areas where they could make improvements or provide more training to ensure operations were running as efficiently and accurately as possible. For example, with PalletWorks, we identified that when conveyors would get stuck, operators would manually move them. This was problematic because pallets are counted using a photo eye, so manually jogging conveyors can cause pallets to be double counted, causing inventory discrepancies.

We also discovered that the palletizer was not always accurately tracking the number of cases on a pallet because it would occasionally drop cases after they were counted, yet these cases were not removed from the case count for the pallet. While these issues cannot be resolved by PalletWorks itself, the implementation brought these problems to light so they could be quickly addressed.

Currently, Mark Anthony Brewing and its distributor are working to deploy an automated warehouse management system (WMS). This solution will use automated guided vehicles (AGVs) to move product around the warehouse in lieu of people driving forklifts, which will further improve accuracy by eliminating additional points where human errors tend to occur.

With this implementation, we will need to integrate PalletWorks with the WMS system to dispatch the AGVs and communicate product information and pallet IDs during a product pickup. The AGVs will pick up two pallets at a time, scan the pallets to verify the pallet IDs, deliver the pallets to the correct rack location within the warehouse.

Ensuring Accuracy Before Products Head Out the Door 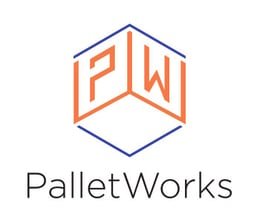 Since these end-of-the-line tasks are the last piece of the production puzzle before delivering a product to the customer, having an automated system in place is critical. Everything can be done right up to this point, then a simple action such as putting the wrong label on a pallet will cause the wrong product to ship to the customer, negating all the work that was done perfectly until that point.

PalletWorks eliminates this issue, and all other issues associated with manual label application such as operators printing labels in mass and throwing away leftover labels or scanning labels twice, which both result in the appearance of ‘ghost’ pallets in the ERP. As a result of implementing PalletWorks, Mark Anthony Brewing has eliminated these issues – increasing inventory accuracy and saving time by no longer needing to manually reconcile inventory.

Overall, during the rollout of PalletWorks, deployment surprises were minimized and the PalletWorks solution was installed quickly and with virtually no impact on production. Now, Mark Anthony Brewing has a nearly autonomous end-of-line packaging solution in place at its Hillside, NJ facility that communicates directly with other systems throughout the plant, improving production efficiency and accuracy.

Download our whitepaper, “Optimizing Operations by Streamlining End-of-Line Packaging Tasks” to learn more about how Cybertrol’s engineering expertise and the flexible PalletWorks platform can be customized to your processes and challenges.